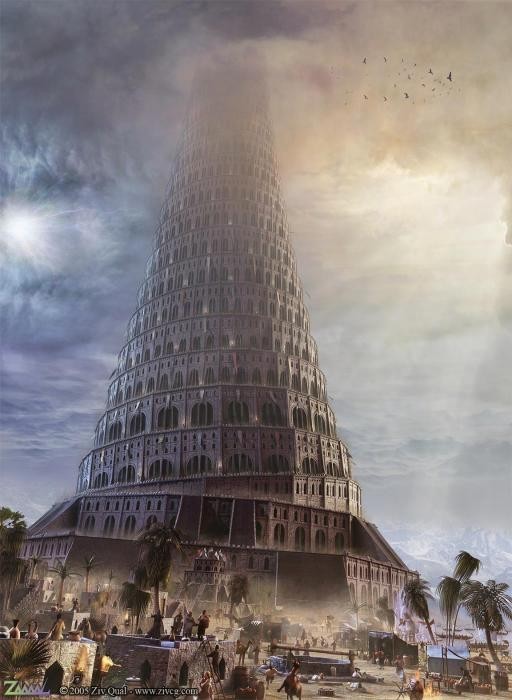 I believe the LORD wants us to continue to live and make plans as if He might not come back today, but to labor as if He is coming back this very night. Our main concern as Christians is to continue spreading the gospel with fervor, but at the same time to live on with a recognition of the End Times that we live in, while keeping the balance of not being obsessed with it:

“Blessed is he that readeth, and they that hear the words of this prophecy, and keep those things which are written therein: for the time is at hand.” (Revelation 1:3 KJV)

That is why I want to share 4 interesting things to think about, especially with the obsession even the world has with the Apocalypse and some of the crazy ideas we see floating around. Christian teachers normally concentrate (and rightly so) on the increase of earthquakes, famines, natural disasters, wars, nuclear threats, religious persecutions, hatred for anything godly, translation of Scripture into every language, rise of militant homosexuality, the alignment of Nations, and frightening surveillance technology being put into place. But, no two speakers seem to agree on their views about the Second Coming. I believe this is because they try to overstep their bounds and be too specific. I try to step back and simplify the facts both Biblically and Newswise as far as current events are concerned.

HERE ARE THE 4 INTERESTING THINGS TO THINK ABOUT:

1.) Then Jesus went out and departed from the temple, and His disciples came up to show Him the buildings of the temple. And Jesus said to them, “Do you not see all these things? Assuredly, I say to you, not one stone shall be left here upon another, that shall not be thrown down.” Now as He sat on the Mount of Olives, the disciples came to Him privately, saying, “Tell us, when will these things be? And what will be the sign of Your coming, and of the end of the age?” “Now learn this parable from the fig tree: When its branch has already become tender and puts forth leaves, you know that summer is near. So you also, when you see all these things, know that it is near—at the doors! Assuredly, I say to you, this generation will by no means pass away till all these things take place. Heaven and earth will pass away, but My words will by no means pass away. (Matthew 24:1‭-‬3‭, ‬32‭-‬35 NKJV)

When Jesus spoke the above words, it was approximately 30AD. 40 years later, the first part of this prophecy was fulfilled and the Temple was completely destroyed by the Romans and the Jews were banished (see also Matthew 23:36‭, ‬38 where Jesus forewarns of the impending judgment that fulfills the first part of the prophecy: “Assuredly, I say to you, all these things will come upon this generation. See! Your house is left to you desolate.”). Not until June 6, 1967, the old city of Jerusalem, where Jesus spoke these words to His disciples, was finally under Israeli control. This was during the Six-Day War that took place June 5–10, 1967, and was the third of the Arab-Israeli wars. Israel’s decisive victory included the capture of the Sinai Peninsula, Gaza Strip, West Bank, Old City of Jerusalem, and the Golan Heights. The following website gives a documentary look at this miraculous victory:

Yom Yerushalayim (Jerusalem Day) is the Israeli national holiday commemorating the reunification of Jerusalem and the establishment of Israeli control over the Old City in the aftermath of the June 1967 Six-Day War. The day is officially marked by state ceremonies and memorial services.

All of this leads me to say that I saw the fig tree put forth it’s leaves when I was 10 years old on that June day back in 1967 as I watched the Israeli troops take over the old city where Jesus was when Matthew 24, Luke 21, and Mark 13 were recorded. Jesus stated emphatically: “Assuredly, I say to you, this generation will by no means pass away till all these things take place.” —-> This tells me that my generation will not pass away until He comes again. I will not know the day or the hour but the season is assured!

On December 10, 2017, I added the following PDF that addresses Jerusalem finally being recognized as Israel’s capital and the reality that the 3rd Temple may possibly be built in the very near future. People who study End Times prophecy know that the Temple destroyed in 70 AD must be rebuilt in order for the ‘abomination of desecration’ by the Antichrist to take place midway through the Tribulation Period (Daniel 9:27, Matthew 24:15, Revelation 13:5,14)

2.) “But you, Daniel, shut up the words, and seal the book until the time of the end; many shall run to and fro, and knowledge shall increase.” (Daniel 12:4 NKJV)

The advancements over the past 10 years in world travel, especially non-stop flights that reach around the globe (Daniel’s prediction of many running to and fro) and the access of the common person to the knowledge explosion of Google (Daniel’s prediction of knowledge increasing) is unprecedented.—-> This tells me that we truly are at the time of the end. The pieces of the puzzle are set in place.

3.) Then he said to me, “Do not fear, Daniel, for from the first day that you set your heart to understand, and to humble yourself before your God, your words were heard; and I have come because of your words. But the prince of the kingdom of Persia withstood me twenty-one days; and behold, Michael, one of the chief princes, came to help me, for I had been left alone there with the kings of Persia. Now I have come to make you understand what will happen to your people in the latter days, for the vision refers to many days yet to come.” (Daniel 10:12‭-‬14 NKJV)

I will turn you around, put hooks into your jaws, and lead you out, with all your army, horses, and horsemen, all splendidly clothed, a great company with bucklers and shields, all of them handling swords. Persia, Ethiopia, and Libya are with them, all of them with shield and helmet; Gomer and all its troops; the house of Togarmah from the far north and all its troops—many people are with you. “Prepare yourself and be ready, you and all your companies that are gathered about you; and be a guard for them. After many days you will be visited. In the latter years you will come into the land of those brought back from the sword and gathered from many people on the mountains of Israel, which had long been desolate; they were brought out of the nations, and now all of them dwell safely. You will ascend, coming like a storm, covering the land like a cloud, you and all your troops and many peoples with you.” (Ezekiel 38:4‭-‬9 NKJV)

Iran (Persia) is controlled by the most evil forces in the demonic world. When the Shah fell on February 11, 1979, present day Persia took a turn for the worse. They are now bent on procuring nuclear capabilities through their nuclear program, with the destruction of Israel most prominent on their mind.

Quds Day (Quds is the Arabic name for Jerusalem) officially called International Quds Day is an annual event held on the last Friday of Ramadan that was initiated by the Islamic Republic of Iran in 1979 to express support for the Palastinians and oppose Zionism and Israel, Israel’s occupation of Jerusalem, and Jewish settlements in Israeli-occupied territories. Nominally, it exists in opposition to the Jerusalem Day (Yom Yerushalayim) celebration instituted by Israel in May 1968, and which Kessel law changed into a national holiday in 1998.

We are witnessing the evil rise of the demonic head of Persia, known in the present day as Iran. The stage is being made for the hook to be set in Iran’s (Persia’s) jaw, along with the other nations that will battle against Israel, which will either set off the seven year tribulation or transpire within it.

4.) And they said one to another, go to, let us make brick, and burn them thoroughly. And they had brick for stone, and slime had they for mortar. And they said, Go to, let us build us a city and a tower, whose top may reach unto heaven; and let us make us a name, lest we be scattered abroad upon the face of the whole earth. And the Lord came down to see the city and the tower, which the children of men builded. And the Lord said, Behold, the people is one, and they have all one language; and this they begin to do: and now nothing will be restrained from them, which they have imagined to do. Go to, let us go down, and there confound their language, that they may not understand one another’s speech. So the Lord scattered them abroad from thence upon the face of all the earth: and they left off to build the city. Therefore is the name of it called Babel; because the Lord did there confound the language of all the earth: and from thence did the Lord scatter them abroad upon the face of all the earth. (Genesis 11:3‭-‬9 KJV)

Think about this: Google Translate has rebuilt the communication abilities between the different languages of the world that were separated when the first Tower of Babel was destroyed.

The following two articles I just came across in the past 10 days actually make me shudder. They open my eyes to the fact that mankind through technology and medical advancements has rebuilt the Tower of Babel:

We are told that the LORD is to be our Strong Tower. But man is bent on evil and making himself that tower and is laying the last bricks into this second Tower of Babel before the LORD comes to destroy it!

The name of the Lord is a strong tower: the righteous runneth into it, and is safe. (Proverbs 18:10 KJV)

He who testifies to these things says, “Surely I am coming quickly.” Amen. Even so, come, Lord Jesus! (Revelation 22:20 NKJV)